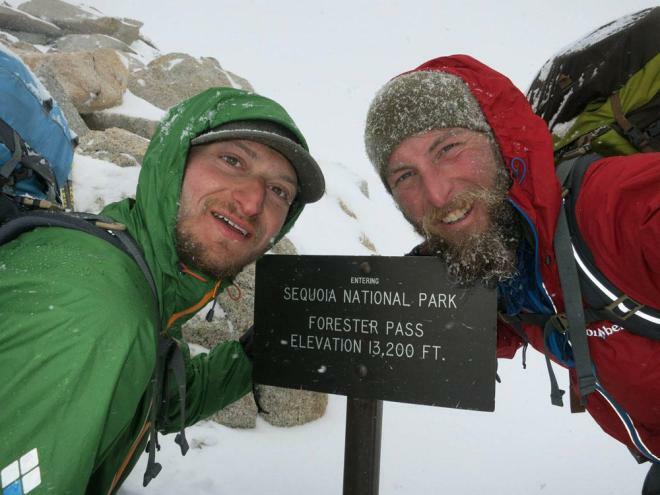 Reblog: First Winter Thru Hike of the Pacific Crest Trail (from tetongravity.com)

Reposted from tetongravity.com. What an amazing accomplishment! You can read more details at Justin Lichter's blog.

The Pacific Crest Trail is a 2,663 mile route that starts on the U.S. border with Mexico, travels through California, Oregon, and Washington, before ending at the Canadian border. It is considered an extremely difficult long-distance trail and was recently featured in the movie Wild, starring Reese Witherspoon. This short video chronicles the journey of Shawn Forry and Justin Lichter, together the pair became the first people to hike the PCT during the winter season. The last time someone attempted this feat in they perished on the trail, making this hike one of the last great adventures.