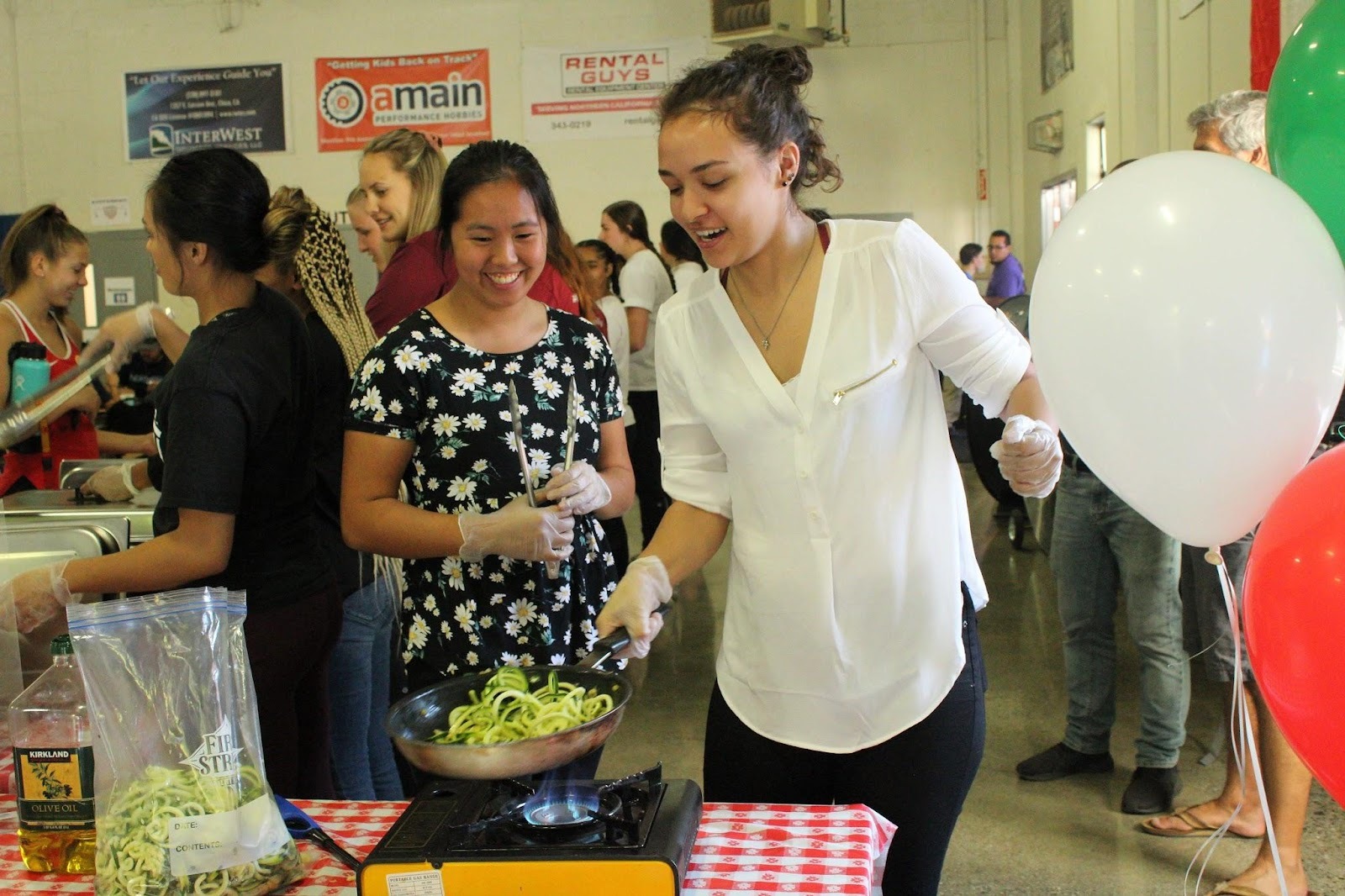 Pasta on the Plaza

On Thursday, September 19th the Boys and Girls Club of Chico held Pasta on the Plaza, a fundraiser dinner to support local youths in Chico. At the Chico Rotary Plaza our CAVE volunteers helped facilitate engaging activities, served food to guests and maintained a clean facility. The Boys and Girls Club collaborated with numerous local companies and businesses to sponsor their raffle that featured many prizes ranging from various gift baskets, gift cards, to even a new washing machine! As hungry people began to arrive, our volunteers were posted at their station excited and prepared to serve the community members.

The Boys and Girls Club broke a record this year by surpassing their target goal of $25,000! Event coordinator, Alex Beehner said, “This was one of the best years yet, usually our goal is $25,000 and this year we raised just over $30,000!” Beehner stated the event was a great success and quite impactful especially because volunteerism is an aspect they appreciate highly at their organization.

“This was one of the first years we had CAVE volunteers working other stations besides the fun zone,” Beehner said. “We had people set up selling raffle tickets, helping with the zoodle station, and clean-up duty.” The Boys and Girls Club had the most successful Pasta on the Plaza, they are immensely grateful for their sponsors and donations from the community. CAVE looks forward to continuing our long-standing partnership with the Boys and Girls Club of Chico.

At one station we had Priscila Robles and Zoe Gunther in charge of serving zoodles to the guests, they did a wonderful job at keeping up with the increasing amount of guests despite having a line at times. Gunther and Robles happily prepped zoodles for each guest until they eventually ran out!

At another station, both Nate Hart and Zoe Atava helped keep the kids in line for face painting. “I was nervous being put in the face painting booth at first but then everyone made me feel welcome,” said Hart. “I guess that is what volunteering is, going out of your usual element then making the most out of it.” Hart and Atava led the kids by example, keeping them busy with hula hoops and other fun games outside. The kids were amused while in line waiting excitedly to get their face painted.

“It was a really good environment, it was family-friendly and they even had face painting for the kids.”

The last station was led by Geovanny Munoz and Keith Crawford who were on custodial duty. They would pick up any trash on site, and would also clean up tables for incoming guests. They were both very attentive and with their help they maintained a very clean, comfortable dinner experience for everyone. “It was a really fun environment and we made sure to stay busy ,” said Crawford. “It was a really good environment, it was family-friendly and they even had face painting for the kids.” Crawford also mentioned the event went so well because the Boys and Girls Club did a good job organizing and putting together the event overall.